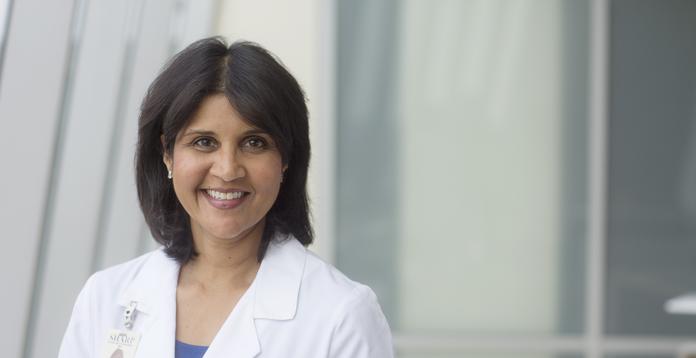 Dr. Asha Devereaux completed her undergraduate degree in Biology from the University of California at San Diego, followed by a Medical Degree and a Masters Degree in Public Health from Tulane University’s Schools of Medicine and Public Health. Upon graduation, she served in the United States Navy achieving the rank of Commander while receiving board-certification in Internal Medicine, Pulmonology, and Critical Care Medicine.

In addition to her private practice of medicine, she is the Past-President of the California Thoracic Society, served as a Chair of the Disaster Response Network of the American College of Chest Physicians, has served on the Board of Directors for the American Lung Association in California and the CHEST Foundation, and is currently an active volunteer with the national Disaster Medical Assistance Team-CA-4. In her previous volunteer roles with the Medical Reserve Corps, Dr. Devereaux responded to the humanitarian needs of evacuees following the SD Fires and Hurricane Katrina. She has published articles and textbook chapters on topics from Biological and Chemical Agents of Terrorism to Tobacco, and is an invited lecturer and media guest informing the public via radio, web, and television. While serving in the US Navy, Dr. Devereaux participated in Tobacco research and served as a panelist on the DoD/VA guidelines for tobacco cessation.

Some of Dr. Devereaux's Publications:

Shelter Medicine: Beyond the First and Second Response, Devereaux, A., CHEST Physician, Feb. 2006